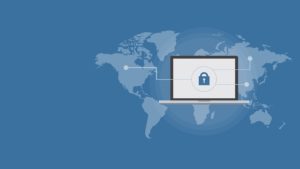 Scams are an unfortunate part of online life and technology has provided the unscrupulous with a seemingly endless variety of tools to try to defraud unsuspecting people. Here are a few of the most recent scams we’ve seen come across our radar.

This is a new twist on an old email scam. The scammers send emails which appear to be from a local priest, minister, pastor, rabbi or imam. They might even appear to come from email addresses that are associated with a recipient’s church. In the email, the phony cleric will say they are raising funds for a charitable cause, or a sick parishioner and ask for Amazon or other gift cards as a contribution to the cause. People should be extremely skeptical any time someone is soliciting a payment in gift cards—these cards are a common way that criminals and fraudsters try to obtain untraceable and non-refundable money.

In the event of an email breach at a business, scammers will look for any avenue they can to attempt to squeeze money from the affected company. After an email account of a manager or owner is compromised by a phishing attack, hackers create phony invoices (often to the tune of thousands of dollars) and send them to the accounts payable department within the company. As with all phishing attacks, the best way to avoid falling prey to this one is by enacting two-factor authentication across all email addresses in the company.

This one has been around for a while but seems to be becoming more and more ubiquitous. The scammer sends out an email saying that they have hacked your computer, have gained access to your emails and are even controlling your webcam. They claim that they have been watching your internet activity and taking pictures or video of you via your computer’s camera. The implication is that they have video of you viewing adult websites. They threaten to send these videos to all of your contacts if they don’t receive a ransom payment, normally around $500 worth of Bitcoin. As a way of lending an added ounce of credibility, they often include a password as a sort of proof that they have access to your accounts. We typically get panicked calls from users because these passwords are normally old, but familiar. Over the last ten years, large companies like Yahoo, Sony and others have had massive data breaches, wherein accounts and their associated clear-text passwords were accessible by hackers. These hackers then posted these passwords and accounts online. Scammers are pulling passwords from these lists, sending threatening emails to the associated accounts and hoping that the user either hasn’t changed their password, or is further intimidated by the fact that they recognize the password. If the password is the same or similar to a password that you still use, it’s important to change it (you should ideally be changing your passwords every few months anyway). If it is a password that is not in rotation anymore, you should simply delete the email.

For a great list of popular scams and frauds, check out the Federal Trade Commission’s website here. If you have questions about your security in the digital world, give a call to your trusted, local experts at Mankato Computer Technology.