Chromebooks: What Are They Good For? 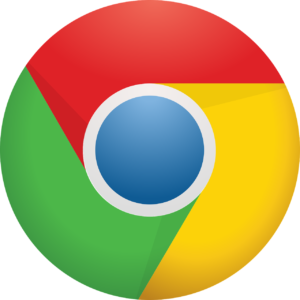 There are so many devices available on the market these days, from handheld tablets to powerful desktop machines. Over the past several years, Chromebooks have become a popular hybrid solution for users who are seeking something more than a tablet but less than a full spectrum PC or Mac. What exactly is a Chromebook, what are their limitations and what are they good for?

It may go without saying, but the thing that Chromebooks do best is run Google Chrome. In fact, more than anything else, as the name indicates, Chromebooks are essentially mobile browser machines. The internet browser is the basis of all functionality in the Chromebook. While there are other applications that can be run in the Chrome OS (A file manager, Google Docs, Media Player) these can all be thought of essentially as extensions or plugins of the ubiquitous browser.

One of the primary advantages of the Chromebook will be clear to anyone who has found themselves computer shopping: Starting at as low as $150 for a new machine, you will be hard pressed to find a laptop that is more affordable. With the simplicity of the operating system comes efficiency, meaning less hardware goes further. A mere 2GB of RAM is normally sufficient to smoothly run the Chrome OS. The battery life is also heroic compared to some laptops, weighing in at 10 hours or more.

Something For The Kids

Many school districts (Including ISD 77, right here in Mankato) have recognized the utility and affordability of Chromebooks and have begun issuing the machines to their students. Assignments can be completed and turned in on Google Docs and the OS is sufficiently locked down so that administrators don’t need to worry about viruses being installed on the hard drives. For any user that primarily employs a computer for internet, email and light entertainment, the Chromebook is a smart choice.

While there are more and more applications that can be deployed in online apps and Chrome extensions, a Chromebook will not allow you to install large-scale programs and games. It should also be noted that unless users are willing to entrust all of their data to paid cloud services like Google Drive, Chromebooks are not storage machines (There are a few exceptions to this. The $1,600 Pixelbook boosts robust specs with an i7 processor, 16GB of RAM and a 512GB solid state drive, but this is a niche machine to be sure, largely targeted at app developers). Chromebook users will need to either store data elsewhere or make due with extremely limited local storage. Rural users might also find themselves in a pickle: a Chromebook without a strong, reliable broadband internet connection is like a drill without a bit.

For the retiree who just needs something to get online and send emails, the students who can complete their online homework on a budget, or the family who needs a good supplemental device, the Chromebook is a solid option. If you have any questions about which device is right for you, come see us at Mankato Computer Technology.