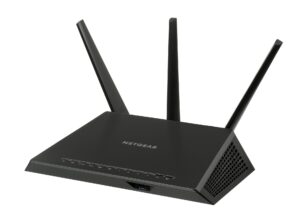 Wireless technology has developed at a rapid rate over the last few decades and has become so ubiquitous that it’s hard to remember what it was like not to have Wi-Fi in our homes and public places. Wireless dead spots on your home network can be frustrating and disruptive—here are a few tips on keeping your signal strong from wall to wall:

What is a dead spot?

Wireless networks are broadcast from routers via radio waves. Simply put, a dead spot is an area where those radio waves are being blocked by physical objects in their path, or where interference from radio or other waves is causing your device to lose signal or suffer slow network speeds.

If you are looking for a better Wi-Fi signal at home but don’t want to invest in a lot of new hardware, there are some basic steps you can take that won’t cost a thing. Is your router located in a central location at your house? Often moving your router from a basement to the middle of your home will improve your signal throughout the house. You’ll also want to consider what is in the path of the radio waves. Large metal objects can block radio waves and things like stereo equipment, microwave ovens and other appliances can all issue interference that can negatively impact your signal strength. The first step in troubleshooting Wi-Fi signal strength should be looking for these sorts of simple fixes—why buy brand new hardware when rearranging the furniture might do the job?

If your signal strength is less than stellar, it is possible that a new router could solve your issues. This is especially true for people running routers that are more than 4 or 5 years old. If you use a router provided by your Internet Service Provider (ISP), give them a call, let them know you’re having problems with connectivity and ask if they can replace the router with a newer one. Chances are your ISP will be able to set you up with a new device that is faster and more powerful. If you are comfortable setting up your own router, we’ve found the Netgear Nighthawk line to be one of the best widely available routers that’s easy to configure.

Covering a Lot of Ground

If you have a big house or need to set up a wireless network over an extended area (yards, patios or outbuildings), it may take a little bit more than rearranging or getting a new router. Wi-Fi boosters, range extenders, access points and powerline networking kits have been developed with the aim of bringing reliable coverage to large areas. Some range extenders can simply connect to the Wi-Fi network and rebroadcast a signal to a wider area, while other devices such as access points will rely on an Ethernet cable being run from the router to the access point–the access point then broadcasts its own wireless signal, with superior strength, delivered by the cable. If running an Ethernet cable through your house doesn’t sound appealing, you can try a powerline networking kit which uses your house’s internal electrical wiring as an antenna to route your network signal toward a dead spot. Mankato Computer Technology sells the Zyxel power line kit, but there are many brands available.

What The Future Holds

It might go without saying, but in the past homes have not been built with wireless networks in mind. Older houses often have thick plaster walls, reinforced with metal that can hamper radio waves. Smart house technology will increasingly be integrated into new homes as a matter of course and wireless access points will be built into walls, light fixtures and home appliances, making dead spots a thing of the past.

There are more solutions for home networking than ever before and the technology is only getting better. If you need some assistance getting your home or office network up to speed, give us a call at Mankato Computer Technology.