The CPU & You: Making Sense of Processors 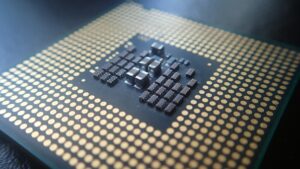 The CPU or Central Processing Unit (or processor) is essentially the brain of the computer—all operations that are executed by the computer are run through the processor, making it a crucial component for determining the speed and power of a system. Since the dawn of the personal computer era vast improvements have been made to chip architecture and processing power, which means consumers have yet another data point to consider when purchasing hardware—usually one associated with an arcane and mystifying chain of letters and numbers. So, what does it all mean? What should a consumer consider when shopping for new system?

Processors that have multiple cores are now the norm. For most users, anything less that dual core will be too slow in running programs and for power users, such as gamers, designers and media editors, you’ll want to consider a quad core, six core or higher.

Speed Until it Hertz

Processor speed, also called “Clock Speed,” is a measurement of how many electrical pulses go through the processor per second. This is measured in “gigahertz” or the number of billions of times that the processor clock pulses in a second. So in many cases, a CPU with specs at 3.3GHZ will be preferable to one clocked at 3GHZ, with one caveat: Cores matter more—a quad core processor 3GHZ CPU will perform better than a dual core clocked at 3.3GHZ.

There are currently only two big names in the CPU game, Intel and AMD. The earliest microprocessors were made by Intel in the 1970s and their research and development has largely driven the massive advances we have seen in the intervening years. But while Intel is on the cutting edge, AMD has been able to produce processors that are more affordable. There is a tradeoff of course, AMD’s processors tend to have more heat management issues and less longevity. Apple, which formerly used Intel processors, has begun producing their own CPUs for their products.

Bottom line, for business and pleasure.

The latest iterations of the intel processor for consumer and business class computers are the i3, i5, i7 and the newest i9. Generally, the i5 will have more cores and faster clock speeds than the i3 and that trend continues up the line. So in most cases, the higher the “iNumber”, the better—with one major caveat. Each version has had multiple generations and the performance of the chip improves with every release. Therefore, a generation 8 or gen 9 i3 can come a lot closer to the performance of an old i7 (generation three or four) than one might think. So, whichever version of the chip you go with, be sure you are getting at least a gen 8, or the latest gen 10. High performance users should look for a late generation i5 or higher, while those who just surf the web and do word processing can likely get by with an i3.

As is often the case in the tech world, consumers pay a healthy markup for the next big thing. With the advent of Intel’s i9 processor the relative cost of the i7 and i5 fell, sending some still quite impressive computing power into a more affordable market. If you have questions about what sort of processor is right for you, just give us a call at Mankato Computer Technology.