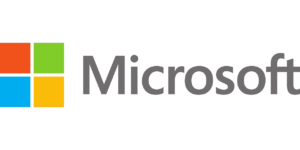 When Windows 10 debuted in July of 2015, we were all but promised that this would be the last Microsoft operating system. The tech giant suggested that in the future, all changes and innovations would come in the form of feature updates to Windows 10 itself. Well, that’s not exactly the way it’s shaking out. Microsoft announced this week that Windows 10 will reach end-of-life in October of 2025.

What Does End-Of-Life Mean?

End-of-life (EOL) or end of support, means that after a certain date, the software in question will no longer receive security or quality updates. For some software, this isn’t the end of the world—although it may get more difficult to install on future operating systems the further out of support it gets. But for operating systems, like Windows 10, it means serious security risks. Security loopholes and exploits will inevitably become apparent and widely known by bad actors after EOL, which is why it isn’t safe to use an unsupported OS online.

Microsoft hasn’t said, officially, but they’ve been dropping some pretty big hints that the next OS will be called Windows 11 (very inventive). There’s a strong possibility that home users will have a free upgrade path (similar to the Win 7 transition) from Windows 10 to Windows 11. The question which remains to be answered is the minimum hardware requirements (or the recommended specs) which may make it impractical to upgrade some computers. Luckily, we have years to prepare ourselves for this transition.

Businesses should be aware of end-of-life dates and use them to inform their decisions about technology planning. Tracking the age and specifications of the computers deployed in your office should be part of planning for the upcoming year. Computers which are over 3 or 4 years old should be prioritized for replacement. After Windows 11 is introduced, computers which were built for and are still running Windows 10 should also be worked into the regular replacement schedule. It will be easier and cheaper to replace a few machines each year than to scramble to replace an entire office full of computers in 2025.

We don’t yet know what Windows 11 will look like, but details are starting to leak out from Microsoft as the tech giant prepares to unveil its newest OS. You can find some of the leaked screenshots here. If you need help making sense of your operating system, or some guidance for your company’s lifecycle management, you can always call your trusted local experts at Mankato Computer Technology.