Why You Should Wait To Upgrade To Win 11 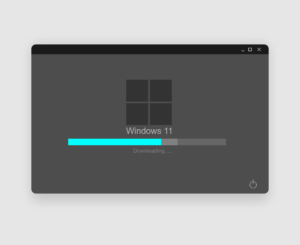 Windows 11 is here and users across the world are getting notifications on their computers indicating that their machine is compatible and eligible for an upgrade, or that it doesn’t meet the requirements. As of November 1st, it’s estimated that 5% of PC users are now on Windows 11. So, is the new operating system ready for prime time? Not exactly. At MCT, we’re encouraging our clients to wait until Microsoft has the bugs worked out before jumping to the newest OS.

Assuming you have a newer PC (at least an 8th generation Intel processor or later) you might already be seeing messages urging you to upgrade on your Windows update page. The biggest reason not to rush is that the OS doesn’t have all its features working yet. Prior to the launch, Microsoft offered such impressive expansions to functionality as being able to run Android apps natively—this is just one of the functions that, well, doesn’t function yet. For most users, there’s not much you can do in Windows 11 that can’t already be done in 10.

The Early Bird Gets The Bug

While the OS hasn’t been out long, early adopters have already compiled a list of bugs from minor menu problems to major user interface breakdowns. Microsoft will, of course, patch these issues as they pop up, but it’s best to let them address them and build a more stable structure before making the switch. Windows 10 went through a similar period of growing pains early in its rollout, but eventually was molded into the most stable operating system Microsoft ever created.

Chances are good that most of the problems popping up will be solved and the missing features patched in within 8-12 months. If you want to be on the safe side, it’s a good idea to wait at least that long to move to 11. Of course, even then it won’t be an immediate need to upgrade—Windows 10 will still be supported until October of 2025. At that point, it will be time to go to 11, ready or not.

Technology is always changing and progressing, but new leaps in development can sometime create some turbulence for users. In this case, there’s no reason to be on the cutting edge. If you need assistance with lifecycle management for your technology, you can always rely on your trusted local partners at Mankato Computer Technology.