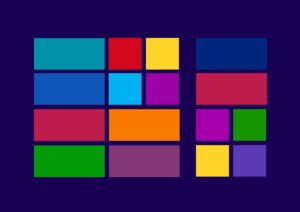 Another Microsoft operating system has reached the end of its long and winding road. Windows 8.1 has received its last patches and as of January 10th, the OS has officially reached “end of life.” What does end of life mean and what should you do if you are still running a machine with Windows 8.1? Let’s dig into it.

Windows 8.1 was released in October of 2013, just one year after its predecessor, Windows 8. The incrementally numbered OS upgrade was released in an effort to fix many of the problems which plagued Windows 8, an operating system which represented a pivot to tablet and touchscreen interfaces and a user interface style distinct from older Windows versions. These builds offered the first instance of the Microsoft Store app and an early attempt to integrate the Microsoft Account as the primary Windows user account.

What Does End Of Life Mean?

End of life is synonymous with the end of support from a developer–in this case, Microsoft. The crucial landmark means that computers running 8.1 will no longer receive application or security updates. This means that over time, performance will suffer, and programs will tend to break or encounter problems. More importantly, security loopholes will quickly open up, threats will go un-patched, and it will soon be impossible to safely use an 8.1 machine on the internet.

What To Do If You’re Still Running 8.1

Your computer will not stop working overnight but as mentioned above, it will be far from safe to use online in its current state. That leaves you with 3 options:

Why You Most Likely Need To Replace The Computer

The chances are good if you are running a Windows 8.1 machine it is 8-10 years old. Upgrading to Windows 10 will require at least a $100 investment and Windows 10 will also be going out of support in 2025. It is also incredibly unlikely that a machine from that era will support Windows 11. You will be better off putting that money towards a new machine running Windows 11 or a Windows 10 machine which is capable of upgrading to 11. Take solace in the fact that most personal computers are used for 3-5 years before replacement. Needless to say, you’ve gotten your money’s worth.

Technology is a moving target and it can be difficult to keep track of the constant changes and updates to software. But it is crucial to ensure that you are using supported software if you are doing anything important online. If you have questions about your software, technology lifecycle planning, or anything else, reach out to us today at Mankato Computer Technology.